Hailing from a city steeped in house culture, Chicago’s John Summit has quickly become the hottest name in dance music following the success of ‘Deep End’ on Defected Records in June 2020 which became the longest-running Beatport #1 of the year and was named Pete Tong’s Essential New Tune before landing on Radio 1’s main playlist. Since then Summit has gone on to secure tour dates across the US, UK & Europe playing to festival crowds and even a run of intimate debut gigs in territories. 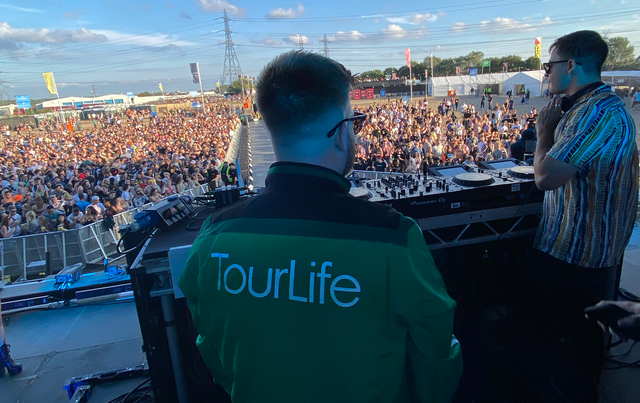 Other catalog highlights include noteworthy collaborations with Sofi Tukker, Lee Foss, and Nic Fanciulli, in addition to delivering official remixes for Jax Jones and Au/Ra’s ‘i miss u’, Gorgon City and DRAMA’s ‘You’ve Done Enough’, and Sofi Tukker’s ‘Drinkee’ with Vintage Culture. John’s prolific output has also resulted in over 3 million monthly Spotify listeners and elevated him to the highest-selling artist across all genres on Beatport over the last 12 months.

Having already headlined many of North America’s signature dance venues, Summit’s set to leave his imprint on many of the most notable clubs and festivals worldwide this year.

“John’s meteoric rise is something we have watched from afar over the past 18 months and to see the Chicago DJ/Producer choose TourLife to deliver across tour management & transportation for the UK is something we can be very proud of.” says Harry Parslow, MD of TourLife.

Summit travelled to the UK for his live debut last month with a run of dates across Peterborough, Leeds & Sheffield which was TourLife’s first dealings with the star. Since this trial weekend we are delighted to say that John’s management has now decided to utilise TourLife’s full service, 1 point of contact model for John’s future UK tours.

With shows in the diary such as 3Arena in Dublin with MK to shows in TourLife’s hometown at the illustrious Motion venue in Bristol, it’s sure to be a busy Q4 with the talented dance act as he looks to travel across the globe in support of his recent releases.

For more information on our touring services for the UK, Europe or US please contact us at info@tourlife.co.uk

Let’s start the new year with a new site!

We’re proud to announce our biggest partnership in TourLife history.